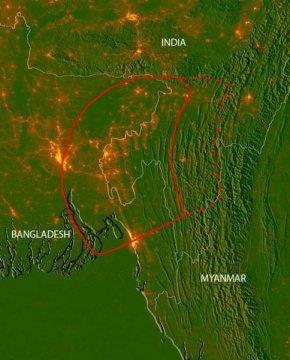 A giant quake may lurk under Bangladesh and beyond

A huge earthquake may be building beneath Bangladesh, the most densely populated nation on earth. Scientists say they have new evidence of increasing strain there, where two tectonic plates underlie the world's largest river delta. They estimate that at least 140 million people in the region could be affected if the boundary ruptures. Read more at sciencedaily.com